Digital CB Business Solutions, also known as CoffeeBot, has branched out its online campaign to live stream through “CoffeeBreak with CoffeeBot”. CoffeeBot, one of Davao’s premiere business process outsourcing company, is extending their reach through weekly Facebook Live episodes where they discuss hot topics related to social media and outsourcing.

The episodes are led by Coffeebot’s writing department head Julia Sta. Romana along with operations director Jessica Marie Madrazo. Each week, they invite a member of the CoffeeBot team to join in on the discussions. For their first Facebook Live episode entitled “Facebook Live vs Pericope”, they sat with Coffebot’s sales and marketing department supervisor, Jonalyn Candelada.

In the episode, the ladies of CoffeeBreak held a mini debate on which among Facebook Live and Periscope is better at social media branding and marketing. Sta. Romana and Madrazo had different views on the effectiveness of both platforms as the former is on team Periscope while the latter is on team Facebook. 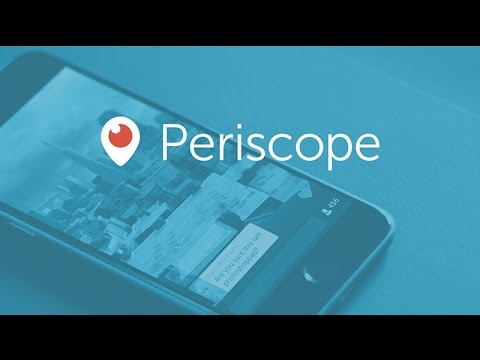 In the debate, Madrazo argued that Facebook Live is much better at live streaming since it has push notifications function that notifies followers about the live stream sessions. Periscope on the other hand does not notify followers and videos only appear on the person’s Twitter timeline.

Sta. Romana seconded Madrazo’s statement about Periscope’s lack of push notifications feature but added that it can be used as an advantage since it lets people click on one specific video that they want to watch. She also added that it was Periscope that first made live streaming a platform to extend social media presence as well as share thoughts and ideas.

Additionally, Sta. Romana stated that Periscope is more popular among younger audiences, aside from its other useful feature of giving live streamers an access to the data on the demographics of their viewers. She stated that Periscope can be ideal for personal branding, personal use, and/or for individuals aiming to be influencers.

On the other hand, Madrazo admitted that Facebook does not produce data of the Live feature’s viewers. However, she also said that despite being new to the live streaming world, Facebook Live has the ability to reach more people. She added that although Facebook Live is only limited to pages and a number of profiles, it can be a good tool for marketing.

Sta. Romana agreed with Madrazo’s statement and added that Facebook Live can be especially effective for news agencies since lots of Facebook users get their news online. She also added that accessible online tutorials on how to make engaging episodes on Periscope are also some of the platform’s strengths. She concluded that Periscope is more creative, more instantaneous, and less formal compared to Facebook.

Madrazo said that Periscope is better suited for influencers, while Facebook Live is for marketing purposes. She stated that the latter’s effectiveness was demonstrated by its founder, Mark Zuckerberg, when he did a Q & A event on the platform.

The episode-slash-mini debate was concluded by Candelada who, when asked which platform was better, without second thought chose Facebook Live. She said that Facebook Live videos usually get higher engagement than other forms of content makes it a better option for live streaming.

You can also watch the first episode here: